October was a pretty busy month for us and it looks like November isn't slowing down either. My weekend was full of work, work, work but everyone else's was all about play.

The good news about all this work is that I am making some decent money to end the year strong and can't complain about any of that. I had two real estate closings on Friday, a home go under contract and HOA meetings all weekend. You would have thought my weekend would have been non existent but HarborWalk Village had their annual Blues, Brews, and BBQ event and I just happened to be able to venture down from my office in between HOA meetings to enjoy a little bit of it. The food was fantastic as always. There were about 20 different local restaurants competing for best BBQ and I probably tasted about six or seven different things along the way. 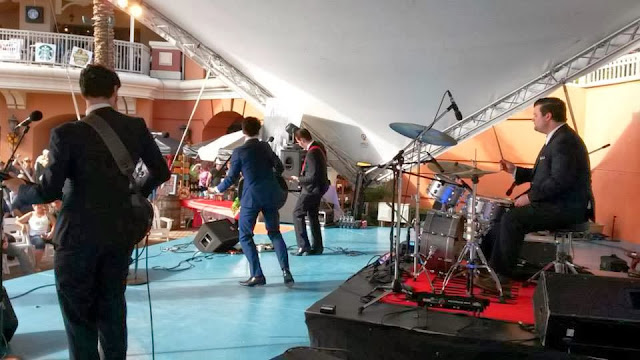 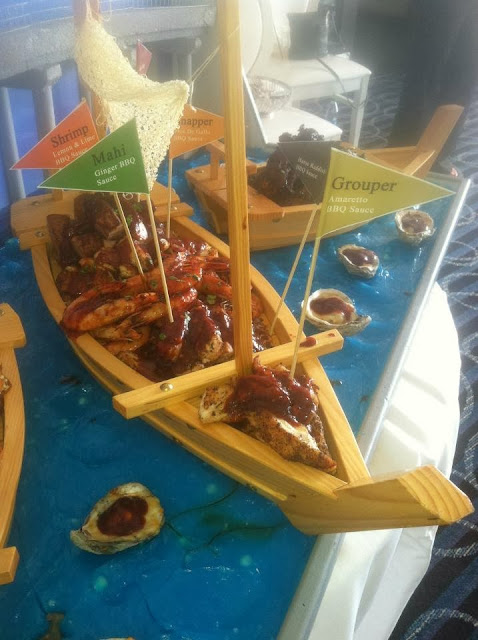 Nick was able to enjoy an ENTIRE day of fishing with his dad and brother in law. The best part about that is fresh caught fish for dinner. We now have King Mackerel, Lane Snapper and Flounder in our freezer. Can't beat that. He did say that it was really rough seas, something like 6-8 ft so they only ventured a few miles out into the Gulf but they did have a good time. At least I am assuming he did because he left home before sun up and came home after sun down.

Sunday was a pretty relaxing day for everyone for the most part. We did go to breakfast and then went back to the Grandparent's house to play with the bunnies (Brandon is obsessed with bunnies and they have a couple in their backyard). While playing outside, Brandon decided it would be a good idea to dump and ENTIRE BOTTLE OF BUBBLES on his face. Not good. He was freaking out. I was somewhat freaking out trying to figure out how to get the soap out of his eyes. Luckily Daddy to the rescue and we were able to rinse enough off of his face to take him home and get him in the shower. After the bubble debacle, Brandon took a nap which meant Mommy got to take a nap. Hallelujah. We then went back to MeeMaw and Papa's house for dinner and Walking Dead (it's our Sunday night tradition lately).

It was back to work on Monday for me. Ugh. Nick was able to enjoy Veteran's Day (he should being a Veteran and all) and played disc golf with some buddies for most of the day. He needed it.

Nick and I are actually going to get a date night this Friday so definitely looking forward to that. I see dinner and a movie in our near future :)

Email ThisBlogThis!Share to TwitterShare to FacebookShare to Pinterest
Labels: weekend