Life Gets In the Way Sometimes 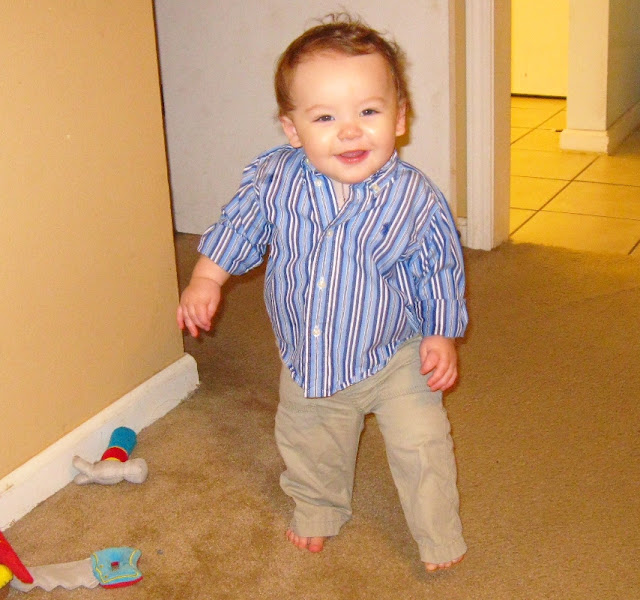 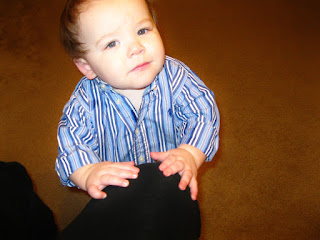 I have been MIA for awhile but things have been super busy around here these past few weeks. Brandon is in the throws of having four, yes FOUR teeth come in at the same time. Three have finally popped through and hopefully we will have the last one that is just under the gum come through shortly. That makes a total of eight teeth, four up top, four on bottom. Sleep has been pretty non existent lately with all the teething so we are pretty much walking zombie's around here. 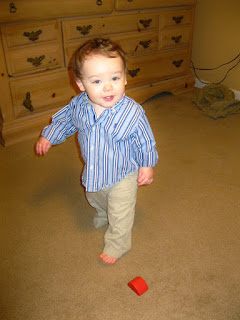 Work has been super busy as well. December and January are usually slow for real estate in this area but once February comes around things really tend to pick up. I haven't really had a day off this month yet with being in the office and showing property to clients. I don't want to complain because being busy means making money which is always good, but I wish I had a little more time to spend with the fam.

I have started the pre-planning stages of Brandon's first birthday. Yep, it's right around the corner. I love that his birthday is in the Spring. It isn't ridiculously hot here in Florida yet so we can hopefully have his party outdoors at the park (that's the plan right now). I have finally settled on a theme for the festivities (will share in another post) after many weeks of debating. I am hoping to get some pictures taken in the next week or so for the invitations to go out for the beginning of March. Brandon's birthday falls on a Thursday this year which happens to also coincide with Easter weekend (I think this will be a theme for most future birthdays). I really wanted to do a Peter Rabbit themed party since it was Easter but Nick vetoed that right off the bat so we are going another, more boyish direction. 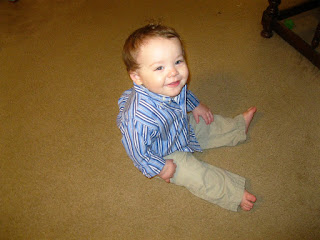 I may not be posting as often since things just seem to be busy ALL THE TIME around here now but I am going to do my best to get at least one out a week. Life just gets in the way sometimes and blogging tends to take a back seat when that happens.

Posted by Rachell Chauvin at 8:36 AM