For the Love of Food

Brandon is now starting to eat more and more regular food now.  He gets so excited when we roll out the high chair because he knows he is about to get something yummy.  We are now at 3 meals a day plus snack.  He is still drinking formula (about 5-6 bottles a day) but he isn't always finishing them which makes me think he is starting to wean himself from the formula to just food.

We have also started introducing water while he is eating so he can get used to drinking out of a cup.  I am against any type of juice because there is no reason he needs it.  I would rather give him fruit than just straight juice.

We are still sticking to almost all organics with Brandon.  There are times when whatever is made it not entirely organic but for the most part he is not being exposed to any chemicals, GMO's or additives.

These pictures are from last night.  Brandon had spaghetti with gluten free shells and homemade sauce.  He is wearing a lot and required a good bath afterwards but enjoyed every bit of it.

P.S. The "squinting" is what he now does when the camera gets pulled out.  It's hysterical.  I now have to wait until he is done to take the picture.  Wanted to get a couple of him doing it thought because it was too cute. 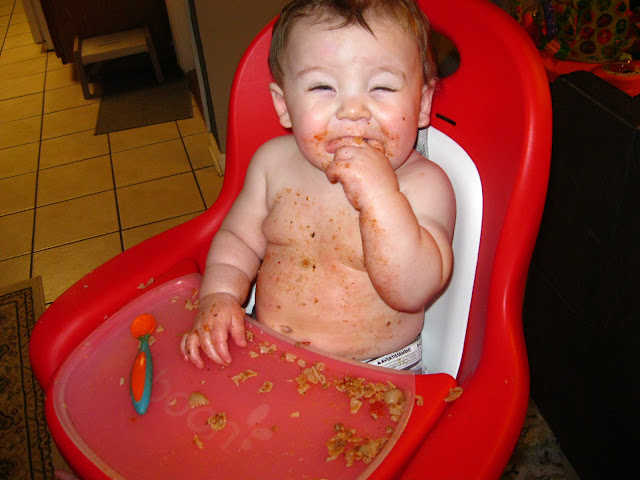 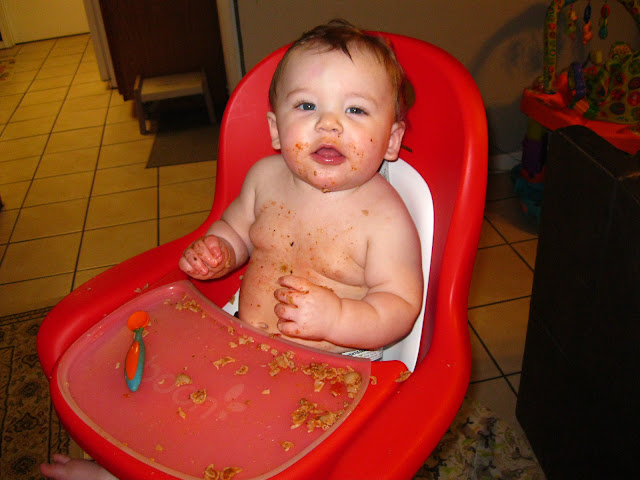 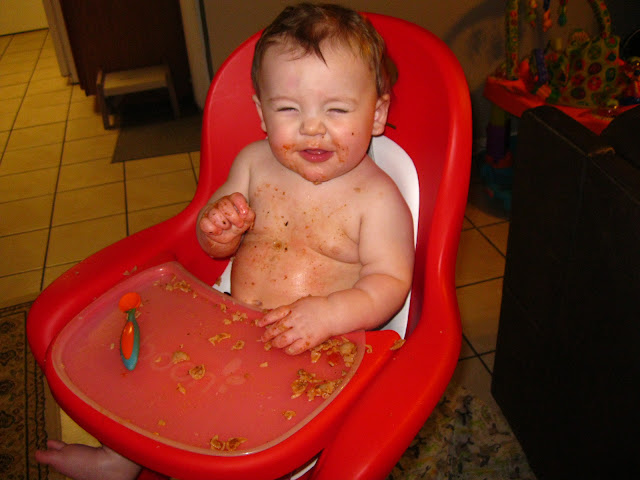 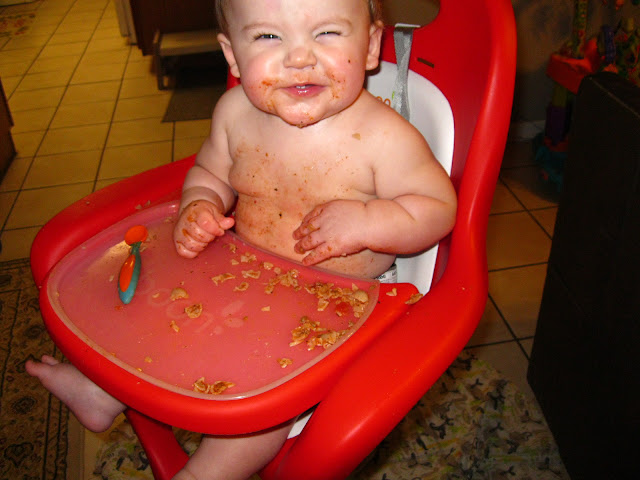 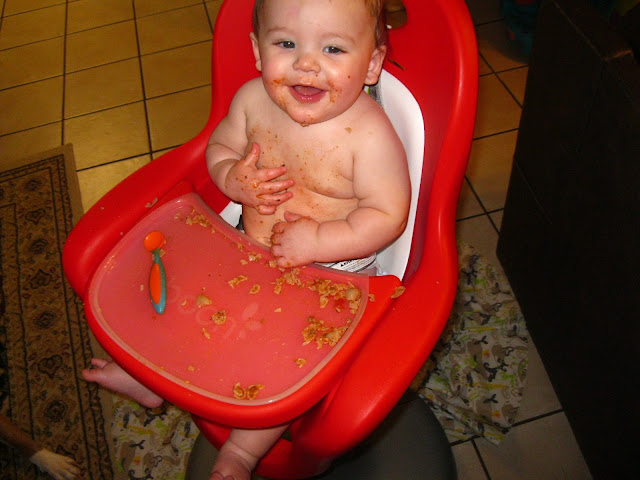 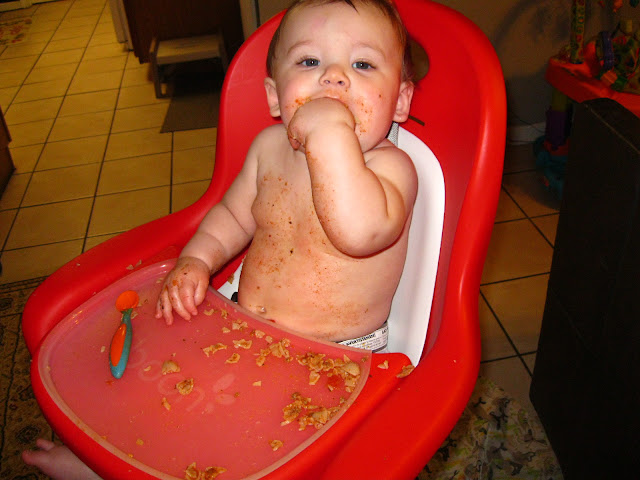 Posted by Rachell Chauvin at 9:46 AM