This is the week that Brandon has had his first ear infection.  Poor thing.  It would have been bad enough had it only been one ear, but nope, had to be both.  He had to get a shot on Tuesday to help clear it up and we played hookie until Thursday to make sure he was all better before I went back to work today.  It is so sad to see your little one sick but Brandon is a definite trooper.  He was a little extra fussy, which is to be expected, but for the most part was still smiling and playing like always.

I am planning on taking Brandon to the chiropractor in a couple of weeks to see if they can help in any way with keeping the ear infections away.  A co-worker did this with her son and he hasn't had an ear infection since.  I figure it is worth a try and being that it will only cost $5 I feel like it is a much cheaper and safer route than constantly taking him to the doctor and getting put on medication to treat the infection.

On a sweeter note, Uncle Jesse visited us and we finally got some pictures of he and Brandon.  (Jesse really isn't Brandon's uncle but is one of Nick's best friends and we consider a family member just the same, hence the uncle part.)

You can totally tell that Brandon is not feeling well in these pictures.  Oh, and he is now up to 18.5lbs as of Thursday.  Yea, he's a chunk :) 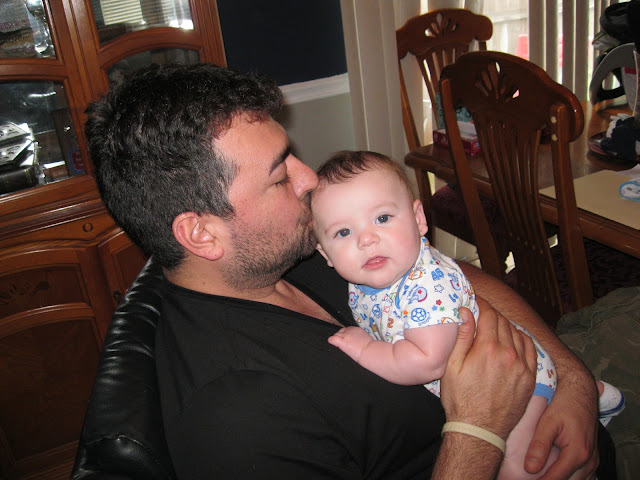 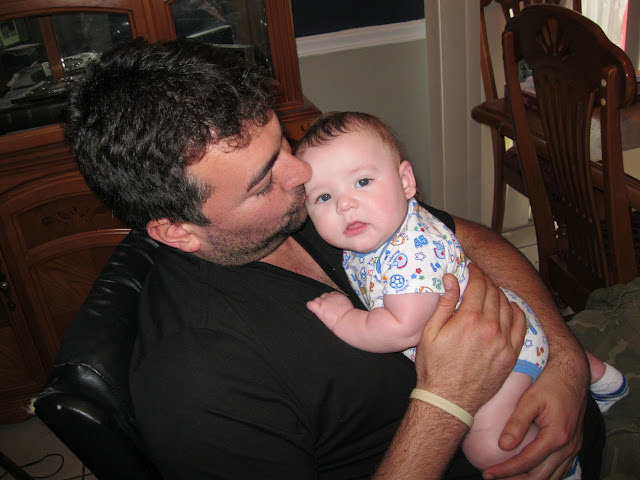 Posted by Rachell Chauvin at 3:00 PM