Being a First Time Mom, I thought it was essential to buy/have everything I even remotely thought we would use before Brandon arrived.  I scoured baby sites for what most people recommended, I asked friends what worked for them, and I painstakingly went through numerous baby checklists making sure we had everything they recommended and then some.  Well, needless to say there is a lot of stuff that just didn't work for whatever reason, mostly becuase Brandon just didn't like it or there was just an easier way to do it.  Who knows, maybe in the coming months Brandon will use some of this stuff (really, I doubt it though).

Below is a list of the 5 least used/never used/wish I wouldn't have purchased items that I thought would have been a lifesaver during the first few months with Brandon.

Disclaimer:  Every baby is different so just becuase this didn't work for us doesn't mean it wouldn't work for you.  I am not necessarily downing the product but if I could go back I would have either purchased something different or nothing at all. 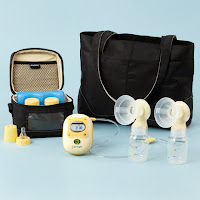 Medela Freestyle Double Breast Pump:  Now, this had more to do with me than Brandon.  I never produced milk after Brandon was born (just drops to be exact) so this was just a waste of money becuase I couldn't use it.  Luckily, I was able to sell this for close to what I paid for it at a consignment sale so it wasn't a total loss.  I know this is a great pump becuase I have friends that have used it but unfortunately for me it just didn't work. 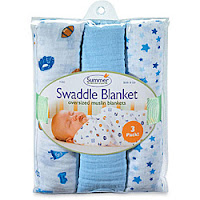 Swaddle Blankets:  This was recommended to me by MANY people.  I thought for sure I would use these for at least the first 6-8 weeks but Brandon had other ideas.  He has wanted to sleep with him arms above his head from birth.  If you even tried to swaddle him he would scream.  He absolutely hated it. 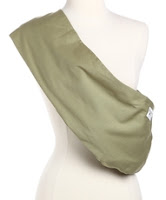 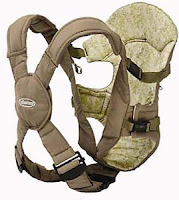 Infant Sling/Carrier:  I thought I would combine these both into one since I have both.  Neither work for me or Brandon.  He isn't a fan on being held on his back and hates the carrier becuase he has to face into my chest and can't see what is going on around him.  Again, screams all around.  I am hoping to try the carrier again once I can flip him around but it only allows for babies up to 20lbs and he is already pushing 15. 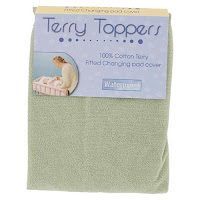 Changing Pad Cover:  I didn't go for the cute ones becuase I knew they would get poop and pee on them so I initially just purchased a package of 2 white ones.  Well, they lasted about a week before I just took them off completely.  Brandon has a habit of peeing or pooping as soon as you take the diaper off so these were not worth the hassle to constantly wash them.  Instead, I have been using receiving blankets for the top part of the changing pad (where his head and torso go) and leaving the bottom free of anything.  That way if he decides to relieve himself it is super easy to just wipe clean. 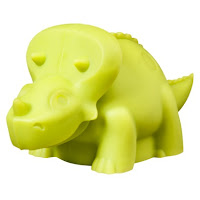 LED Nightlight: So I thought this nightlight would work well for those midnight diaper changes and feedings.  I was wrong.  Unfortunately it just doesn't produce enough light in the room to see anything.  Maybe the room is too large for this but even when I would carry it to the changing pad it still wasn't enough light for me to see anything.  I ended up getting just a regular nightlight that works much better and produces plenty of light without needing to turn anything additional on.   I do think that this will work better once Brandon is a little older becuase he will be able to carry this around with him but for me it just didn't work.

Let me know if any of these worked for you OR if you also bought them and you felt they were a waste as well.  I would love to hear your thoughts.


Next week I will post about my Top 5 Items to date.
Posted by Rachell Chauvin at 12:54 PM