The Best Way to End a Vacation Week

It's so wonderful that Nick and his family know me so well. When they planned this surprise vacay/cruise out he knew that I wouldn't be as willing to go if I had to miss the Florida State/Florida game. It just so happened that our cruise got back to Miami the day before the game so I decided to pre-plan and go ahead and get Nick and I tickets to the game and extend our little vacay by two night in Tally since it was on our way back home from Miami. It worked out great getting to go back to my old stomping grounds.

I made it a point to eat at my FAVORITE bagel place In.The.World, Bagel Bagel. I'm sure to most people it's not anything special but I cannot stop in Tallahassee without visiting this place and getting a sandwich. Nick isn't super impressed but he knows that if we are in town that he just has to suck it up and 'cuz there is no way of getting out of a trip to here at least once during a stay. 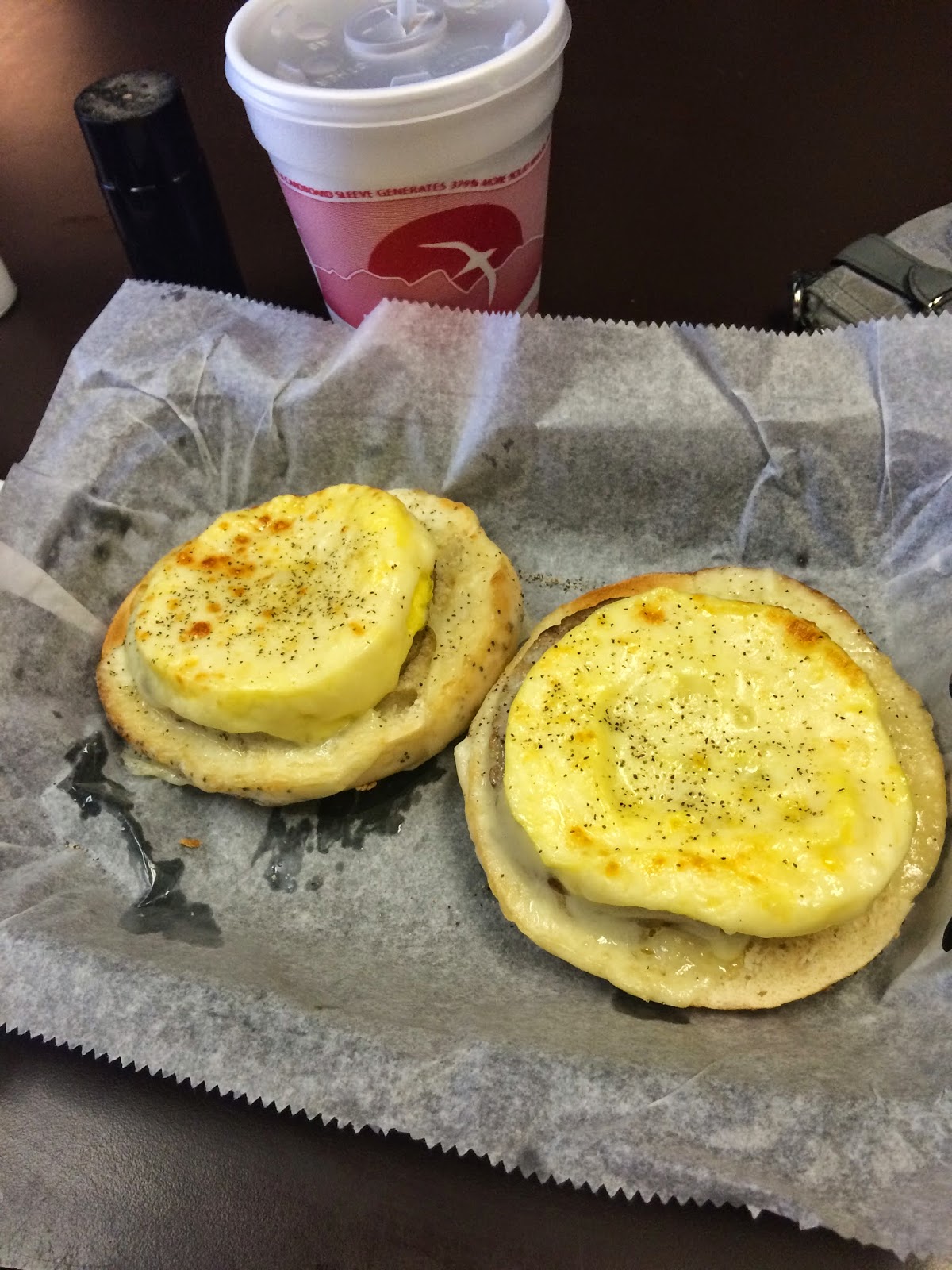 We spent most of Saturday, GameDay, in and around Doak Campbell Stadium before the game. They had the Heisman House set up which was a pretty cool get up with some previous Heisman winner's doing Q&As. You also got to take a photo with an actual Heisman which was pretty awesome (I have no idea what happened to that pic, insert sad face here). 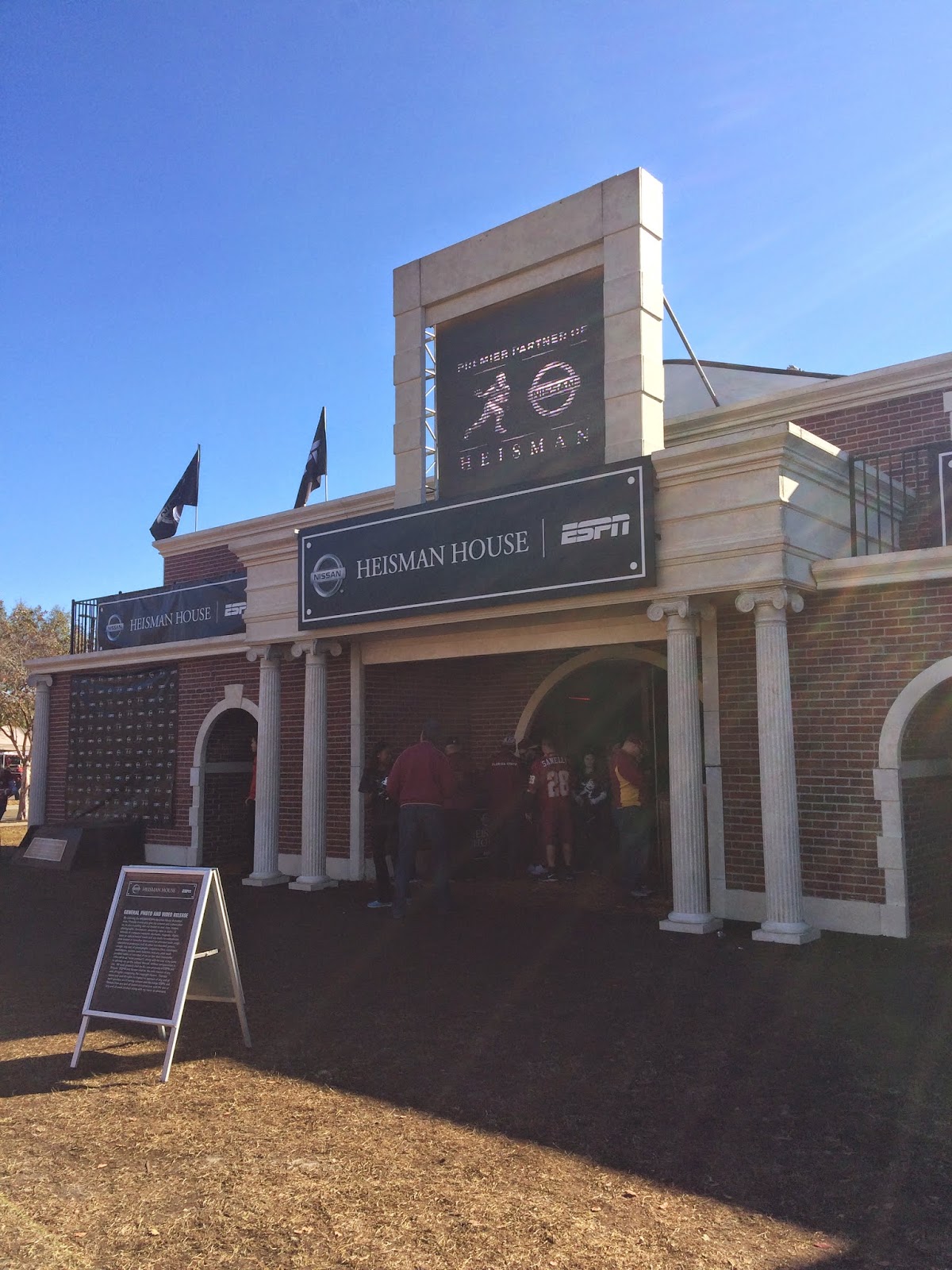 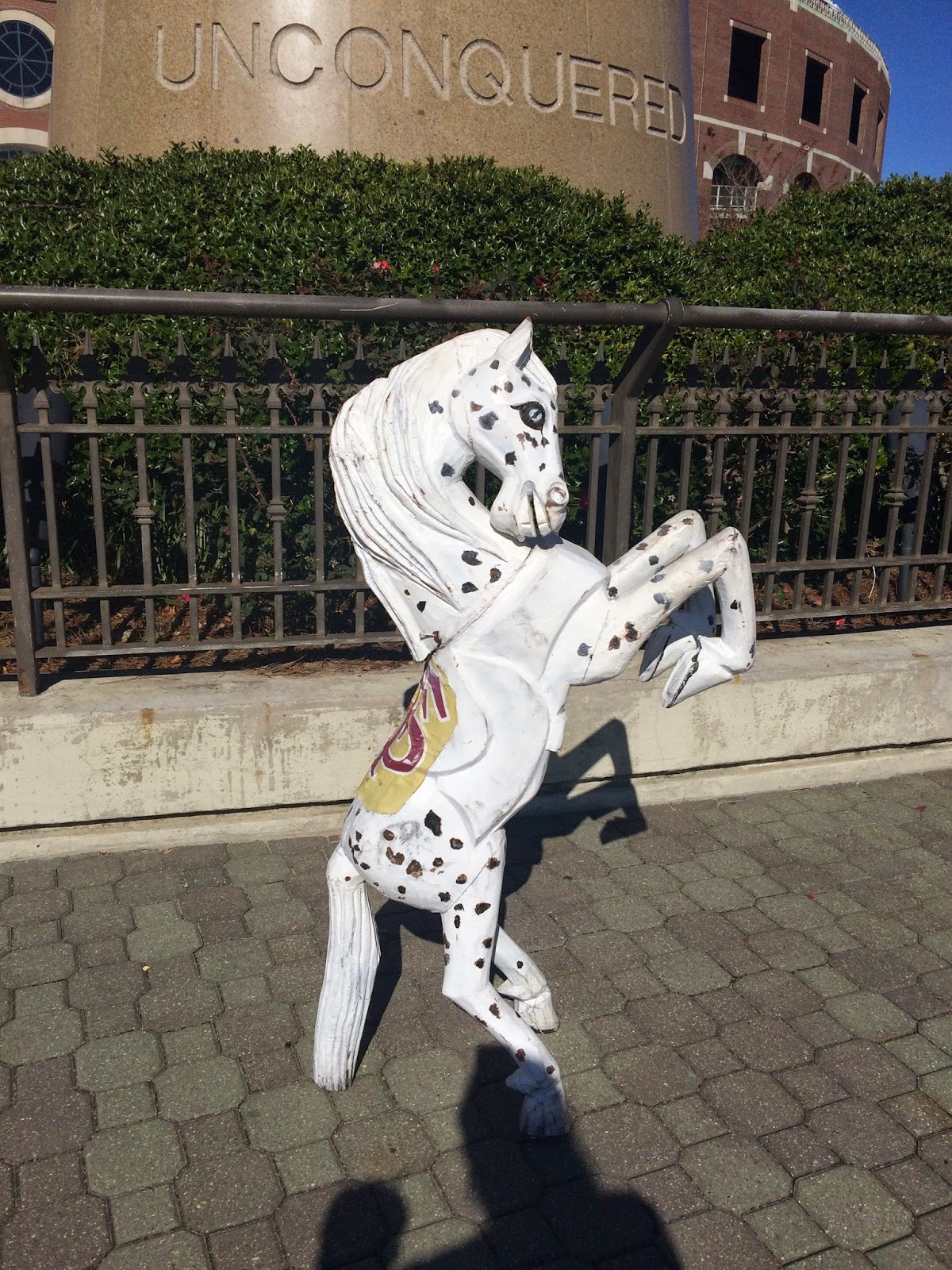 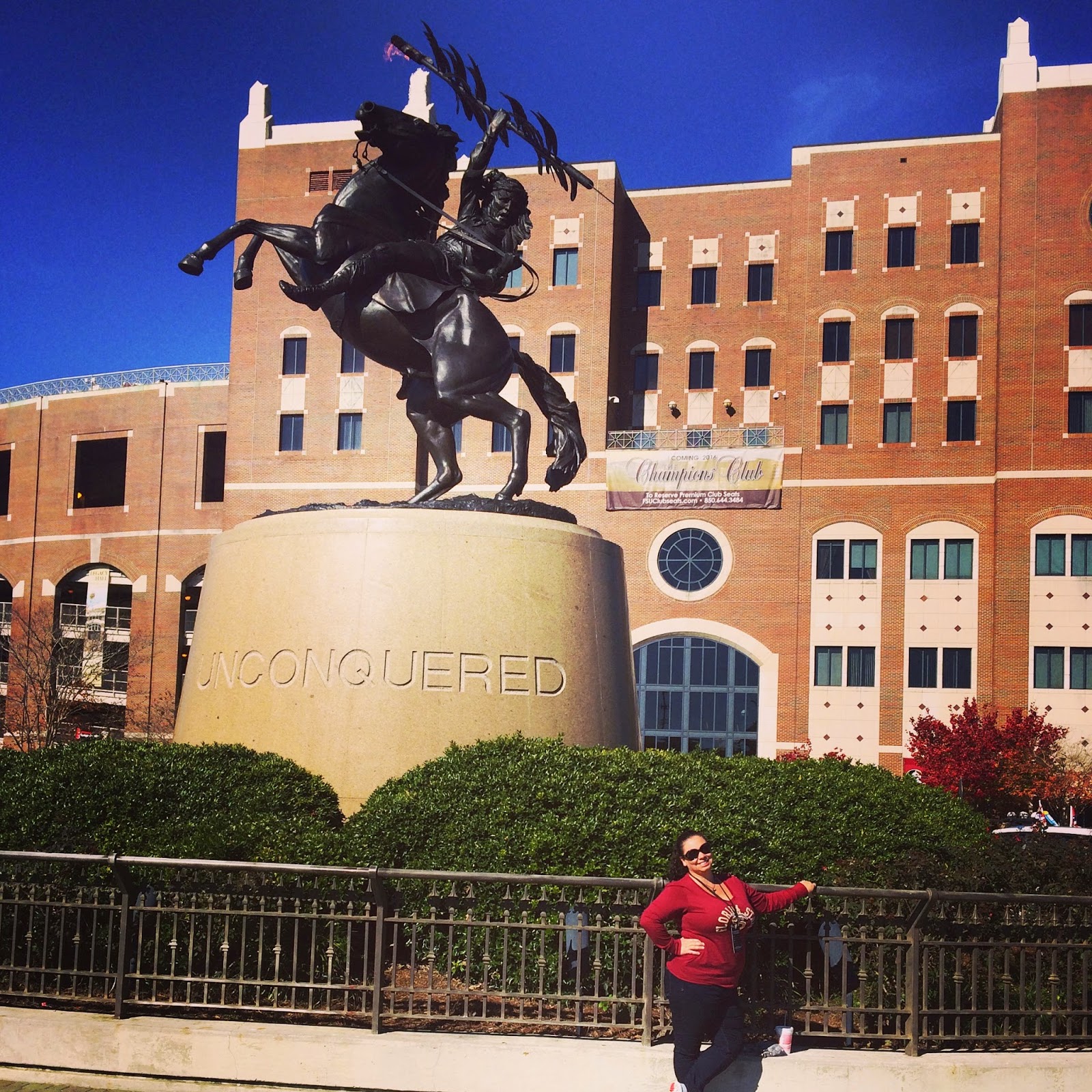 Gameday was great. At least the end was. Jameis played a pretty terrible game but pulled it out in the end. It's always a plus to get a win over your in-state rival. It's even better when you are able to beat both Miami and UF in the same year for consecutive years. Bragging rights, am I right? 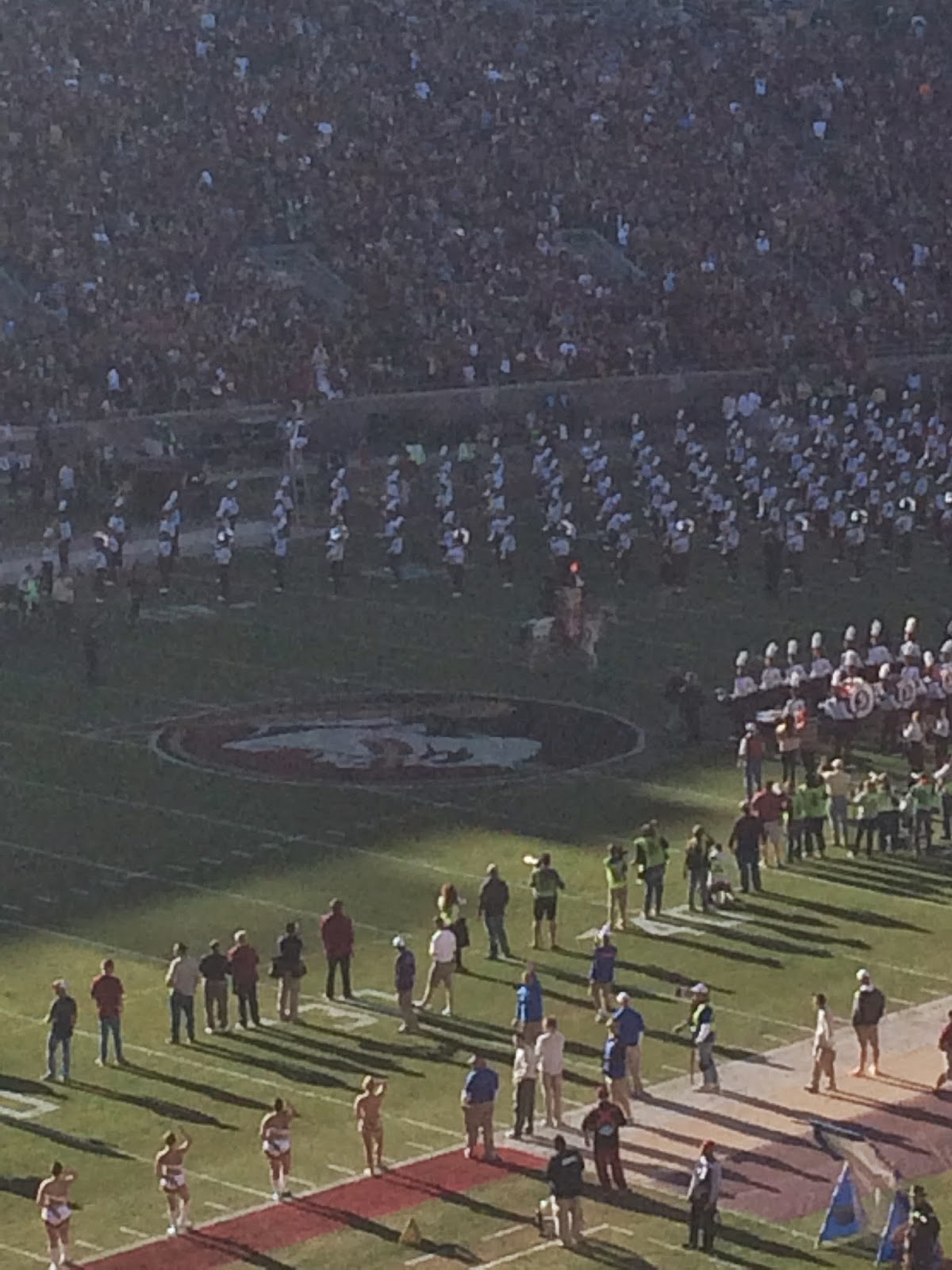 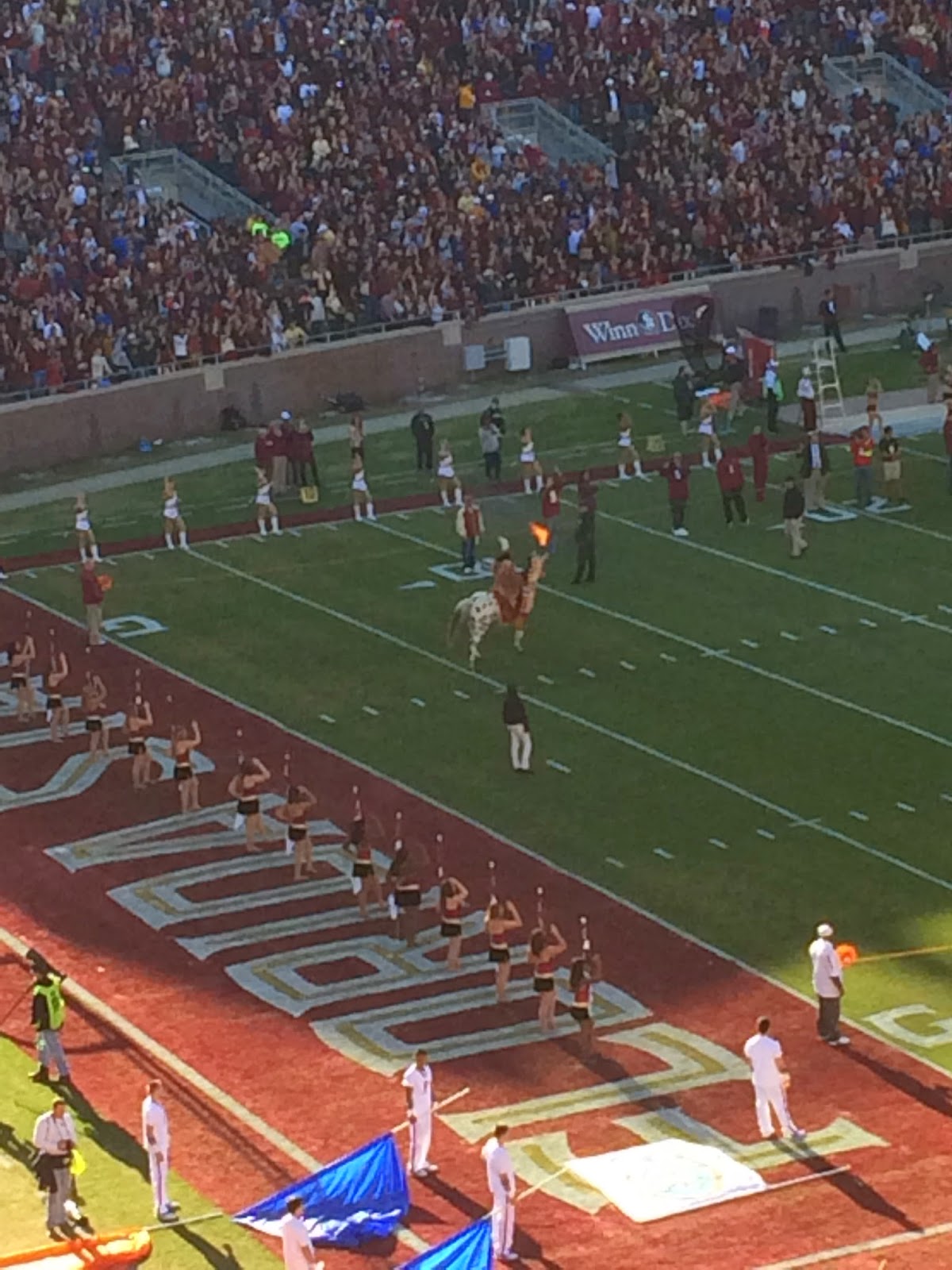 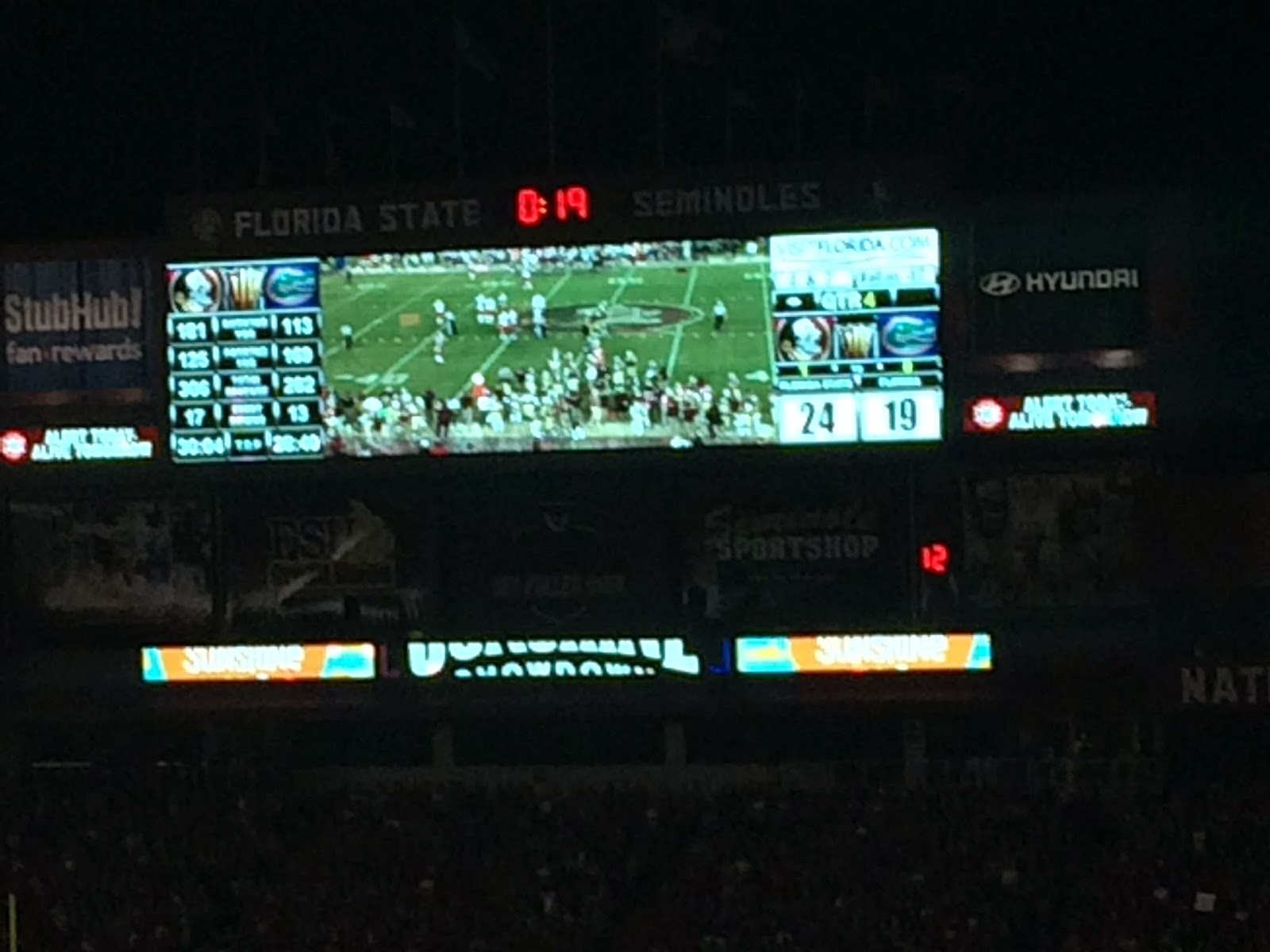 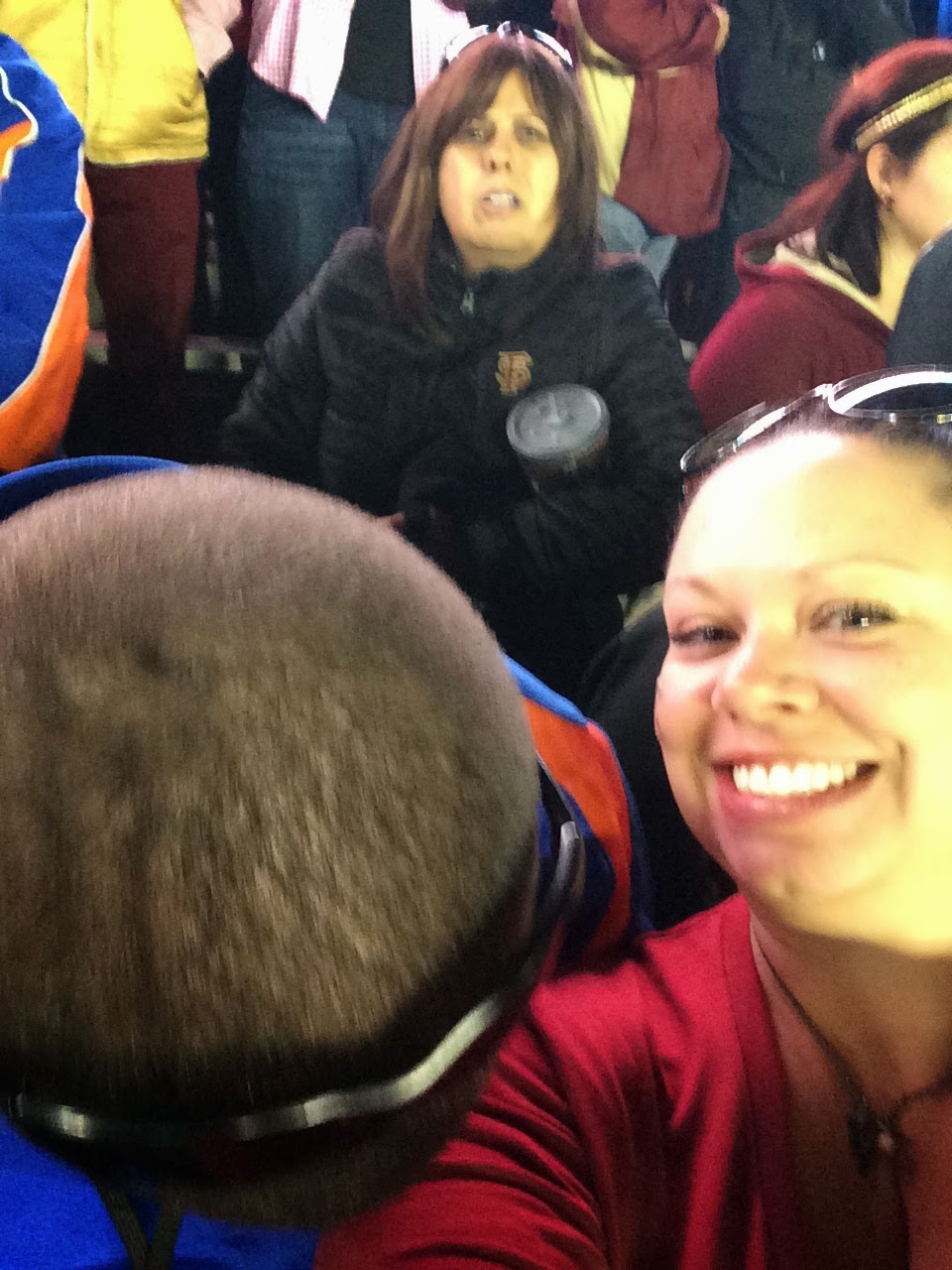 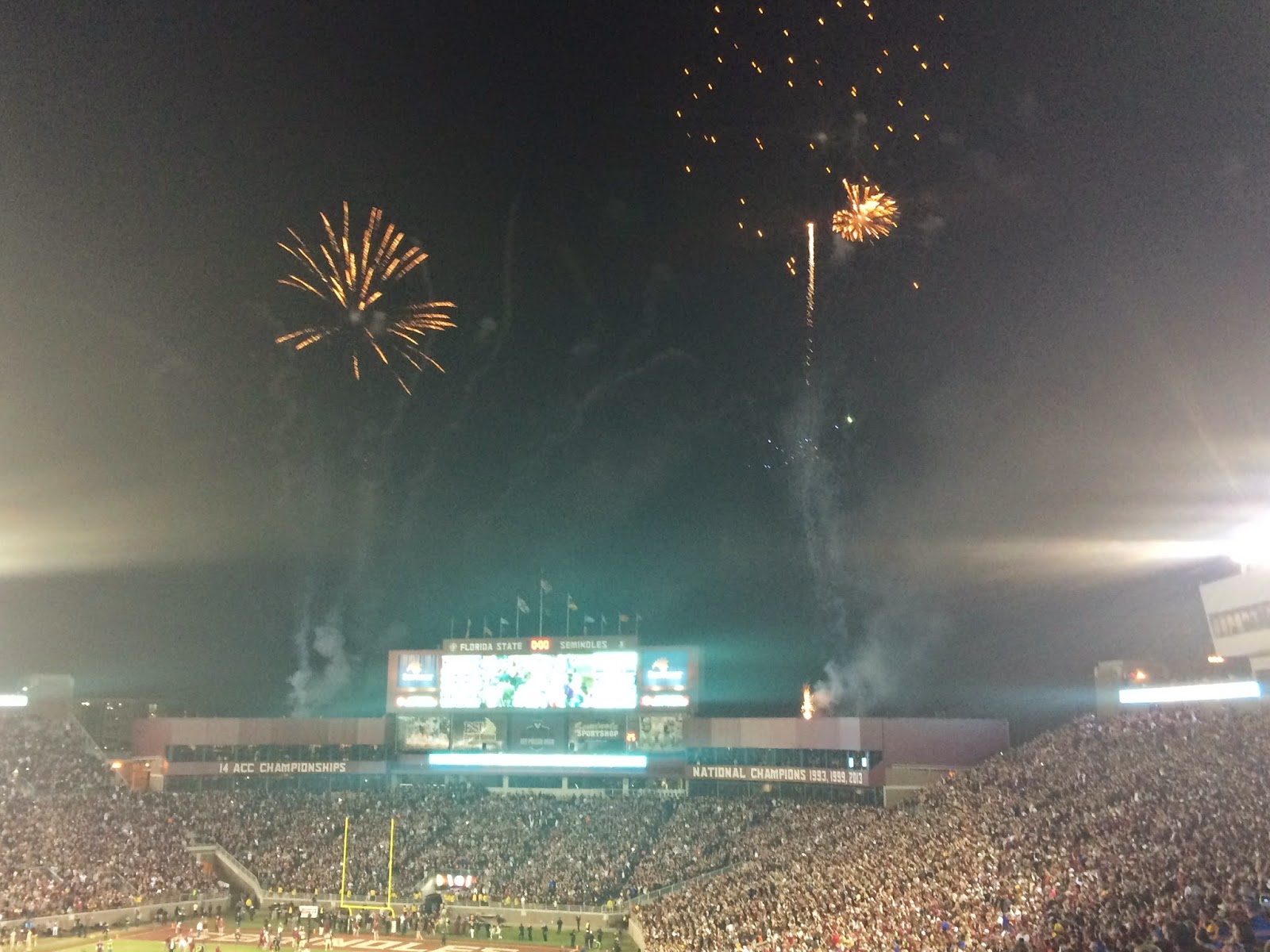 We ended my triumphant evening with Garnet and Gold beers at BJ's Brewhouse and some great late night grub. 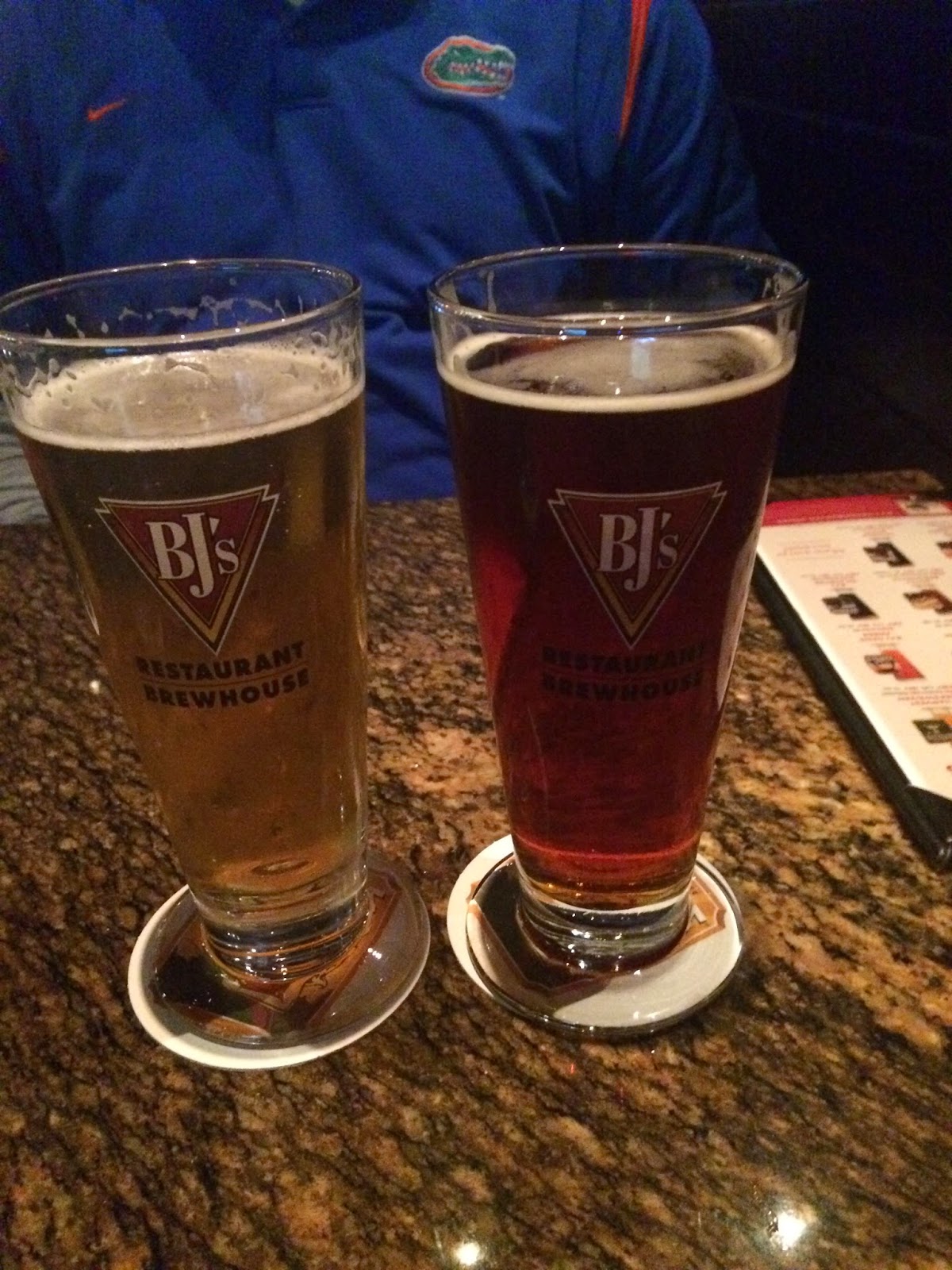 All in all, I have to say this was one of, if not the best vacation I have ever had. I went on my first cruise, got engaged, watched my Seminoles win and enjoyed the hell out of myself with the best guy a girl could ask for.

Posted by Rachell Chauvin at 9:30 AM