We have been battling the sleep monster these past few weeks.  Brandon was, I repeat, WAS a great sleeper at night.  He would go down around 7pm and maybe wake up once in the middle of the night before being up for good around 7am.  Now, not so much.

He has been waking up at least 3 times a night for the past couple weeks.  He still goes down at 7pm but will now get up at 10:30pm, 1:30pm, 5am and then up for good around 6:30am.  He doesn't nap much during the day either.  Maybe 1.5 to 2 hours total.  I am not sure what has caused this change but I hope it doesn't last much longer as Nick and I are pretty exhausted at this point.

Over the past few days we decided to add solids at night before bed (we were just doing morning and afternoon) to see if he would sleep for longer increments at night.  Not much has changed.  He still takes a full or almost full bottle each time he wakes.

I do not believe in the CIO method because 1. He is hungry every time he wakes up and 2. After he eats he goes back to sleep.  Just curious if anyone else has dealt with something similar.  Any suggestions for getting him back to his normal sleep routine? 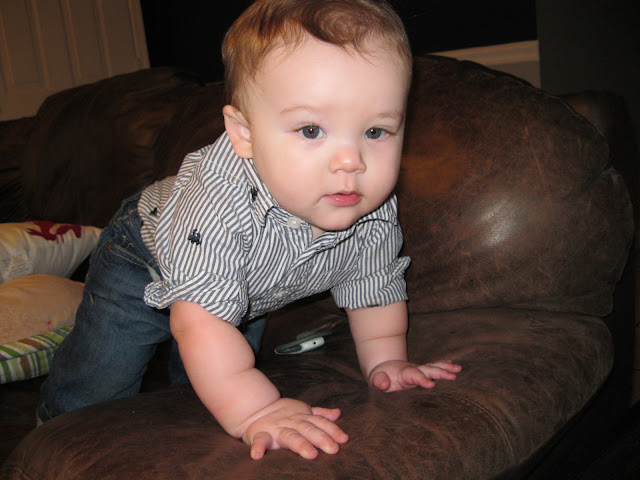 Posted by Rachell Chauvin at 9:13 AM