Brandon's First Halloween was a successful one.  We decided months ago that he would be a pirate and I was excited to make his costume instead of buying one.  I am not a very craft person but I feel like I did an ok job for a first timer.

We ended up going to Nick's parents house because their neighborhood has a lot of trick-or-treaters and the whole family would be there.  It was a packed house with family and friends.  All the kids went trick or treating together around the neighborhood, even Brandon (minus half his costume by then.)  It was a late night for him but he never got fussy and was in good spirits the entire evening.

After we got home last night I made a comment to Nick about the difference between this Halloween (and all upcoming) and all the Halloween's before Brandon.  All throughout my twenties, Halloween was an excuse to dress up, party, and act a fool.  I thought that I would miss all of that but I now realize that doing all of this with Brandon and experiencing it with him is WAY more fun than any late night party.  Plus, I don't wake up with a hangover in the morning. Haha

I am already looking forward to next Halloween with Brandon as he will be toddling around everywhere.  Check out his costume from this year below.  The onesie is from J.Crew, pants Target (I just cut them) and the vest I made.  Bandanna was a great added touch. 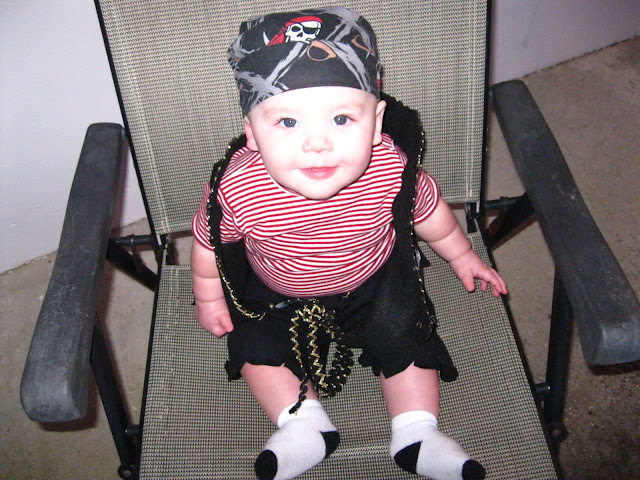 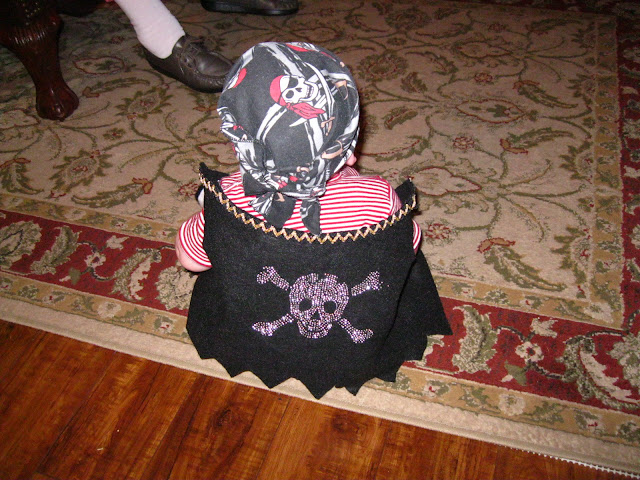 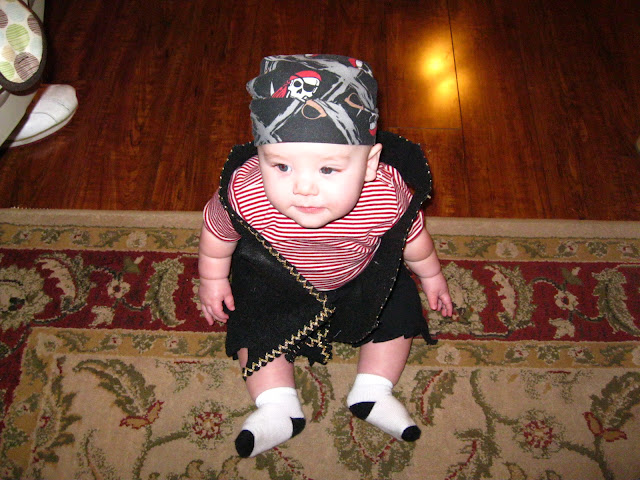 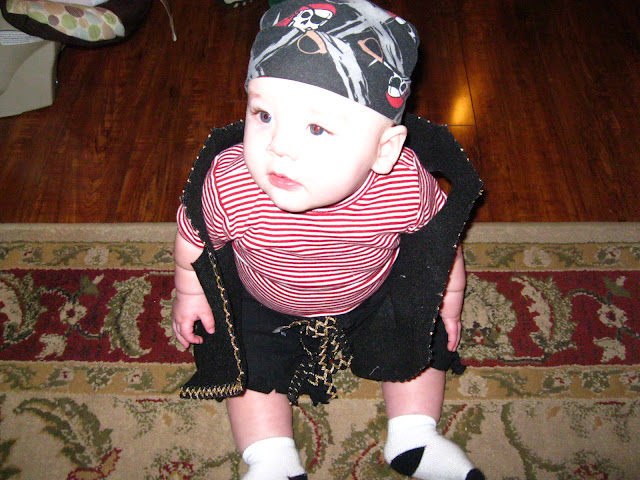 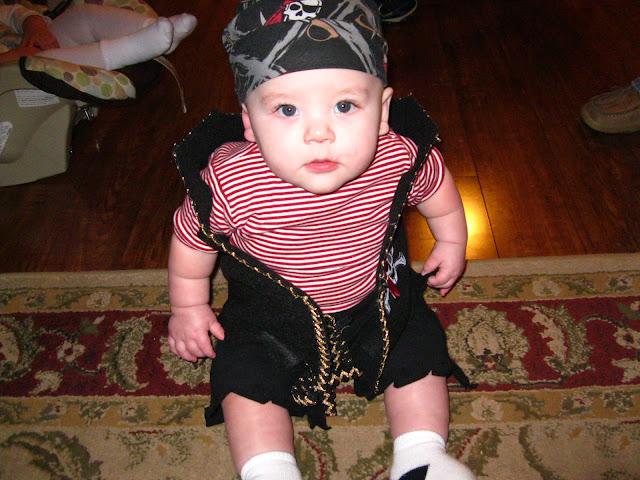 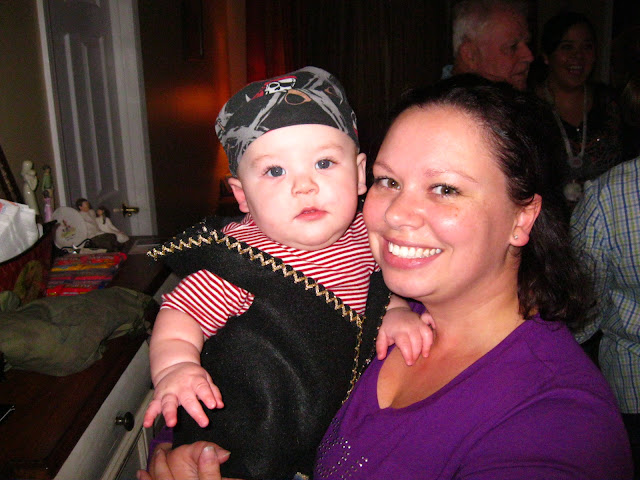 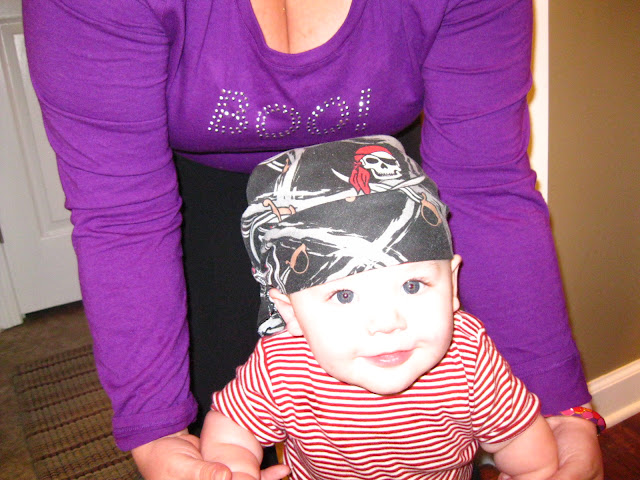 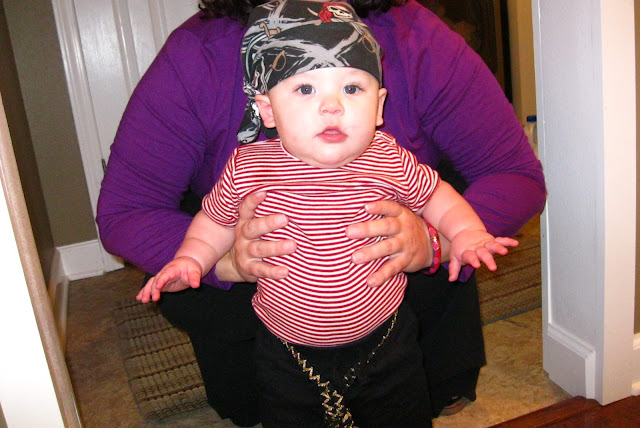 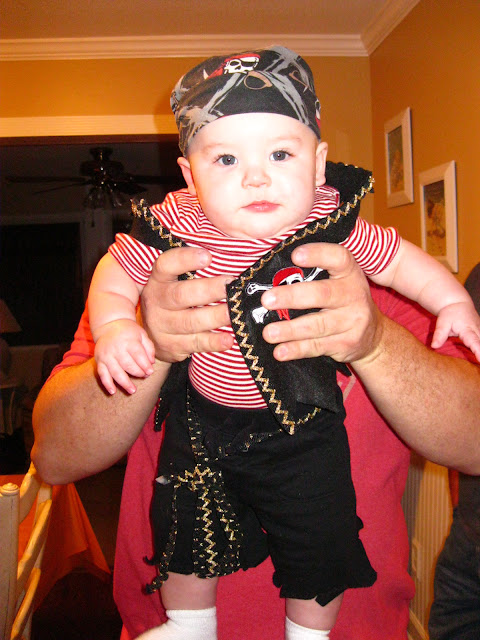 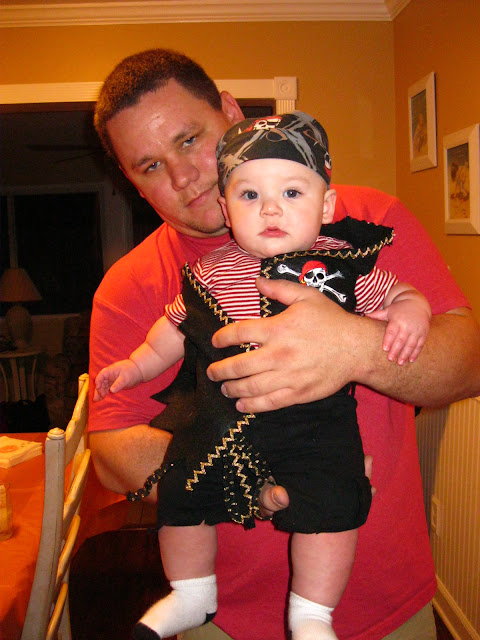 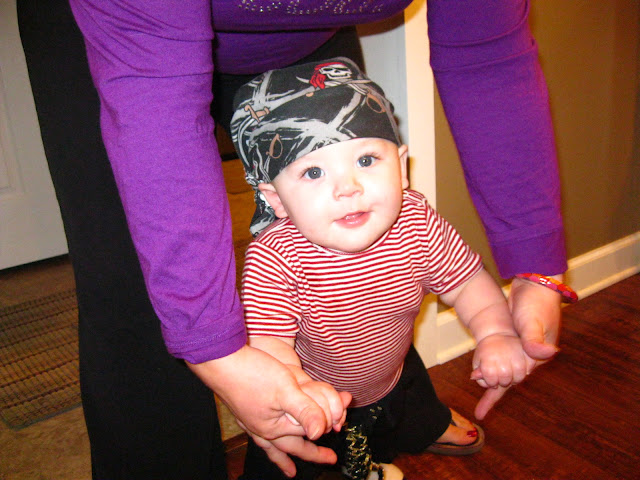 Posted by Rachell Chauvin at 10:17 AM