How Hard It Can Be 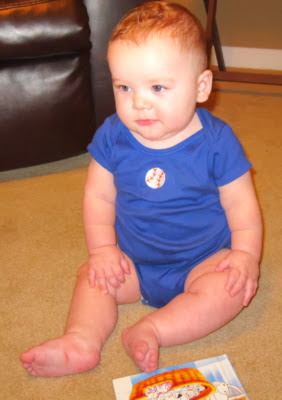 If you know me well then you know how much I like to read and research. I tend to read a lot of baby blogs and follow a few as well. Yesterday, I was reading a blog on BabyCenter about Molly Sims and she had the following to say:

“Everyone talks about the pregnancy — and don’t get me wrong, it sucks, it’s hard, you get huge — but let me tell you something, no one talks about after. That’s the hard part,” Molly Sims told reporters at the launch of The Pregnancy Project DVD, created by the sometimes controversial trainer Tracy Anderson, on Friday.

This statement received so many criticisms that it really got me thinking. Is this true? Do we really not hear how hard motherhood can be or can we just not fathom it because it isn't something we have experienced yet.

The comments that other mom's/people left were astounding to me. They were so judgmental and borderline mean saying that everyone knows that it will be hard and there are plenty of books/magazines/articles that talk about how difficult it can be and all someone needs to do is look. On some levels, yes, I agree that there are plenty of materials out there that can explain in some detail that having a new baby can be difficult, but can someone really understand that unless they have already been through it?

Personally, I do remember people saying it's going to be hard. You will never sleep. There will be times that you just don't know if you can do it anymore. I remember those statements, but to be honest, I was in the throws of pregnancy with its own issues and changes going on that I don't think it was possible for me to truly take those statement's in.

Even when people say it's going to be hard, well, hard as what? You cannot compare motherhood to anything else but if you have never been a mother before you don't know that. I thought, well, yeah, it will be hard but it can't be THAT HARD. Uh, boy was I wrong. 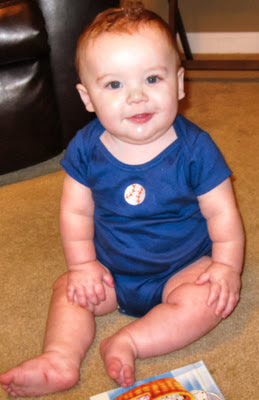 This is the most important job in the world, yet the training is on-the-job. There really is no manual or textbook to follow. A lot is trial and error, and more error at first. It's the only job that you start out sleep deprived. Especially, if you had a long labor like I did. Then, if you had a vaginal delivery, you are sent home within 24 hours to take care of someone that you don't really know or understand yet. Or, if you were like me you get sent home a few days later after a c-section (which by the way is major surgery for those that don't know) to do the same thing.

On top of all of that, your hormones are going haywire. You are/will be an emotional wreck for AT LEAST the first week. You will question your sanity at some point. This has nothing to do with postpartum depression, it's just the facts. You will cry over anything and everything. The good, the bad and the scary.  Then the questions start to come. Am I doing this right? Can I really do this? I don't know if I can do this?  Will this get any easier?on and on and on

There will be times that you will feel like a failure. I have plenty. I was unable to breastfeed because I never produced any milk. LITERALLY, only drops. It was devastating. Having to go to formula was one of the saddest decisions I had to make. It wasn't a part of my plan.

All of these experiences are mine, but everyone has some. Most are different from one mother to the next. Do I remember people telling me that being a new mom would be hard, yes.  Did I truly understand how hard it would be, no.  And I don't think I could have until now. 6 months in and things are still hard but in a different way.  Nothing stays the same for long as your baby gets older so what was hard in the beginning will be easy now and the new stuff will be what's kicking your butt now. It is a constant change but a good one overall.

And really, even though it can be a difficult job, it really is the most rewarding and fulfilling job in the world.  All the good really does outweigh all the bad. 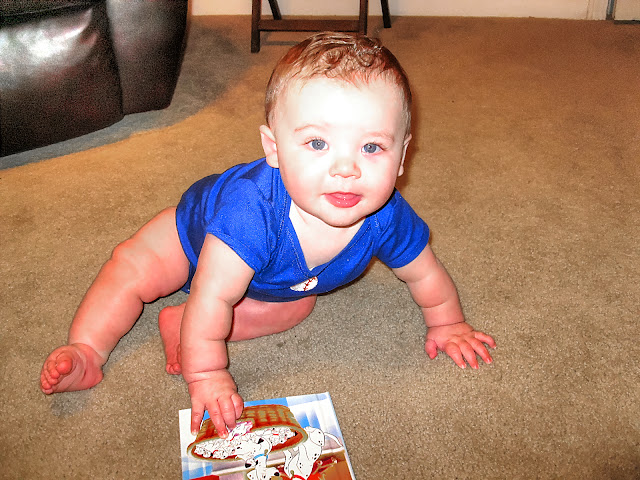 The voting has been reset.  Please take a moment and click the link below and then the owl on the left to vote for my blog. The more votes I get, the higher ranked the blog becomes which means more readers!!!

Posted by Rachell Chauvin at 7:49 AM